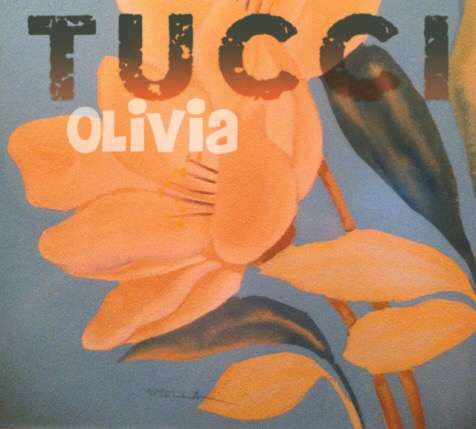 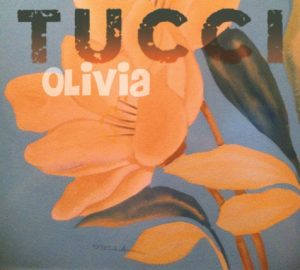 The Tucci band will celebrate the release of the new Olivia CD with a special performance at Bert’s Black Widow Harley Davidson, 2224 El Jobean Road, in Port Charlotte, Florida, at Noon on Sunday, July 16.

The Tucci band continues on the path set by its previous incarnation, The Toler-Tucci Band, which featured Dan Toler and recorded the acclaimed CD, Doc’s Hideaway, in 2012. Dan Toler was a longtime friend and mentor to the band, and his spirit informs the music on the new disc. Toler passed away in early 2013 after a long battle with ALS.

Steve Tucci reflected on the impact that Dan Toler had on the band and its music. “Several years ago over a sushi lunch, Dan Toler asked if I had any interest in forming a band with him that would be strongly based on friendship. He believed that good friends would be positive influences on each other and hence, quality and creative music would result. We subsequently formed The Toler Tucci Band and recorded what was to be Dan’s last CD. All the music was original and greatly influenced by Dan. He was a true master of his craft. His witting criticism of our lesser performances were taken as constructive not, destructive. It certainly allowed us all to grow as musicians, but, more importantly we grew into a tight-knit family. Dan was able to play every instrument in our band and would at times play the part he thought best on each instrument. He was like a symphony composer and knew in his mind what notes were important to produce the desired sound. We would call some of his abstract, but highly musical ideas, ‘Toler Notes.’ He created a unique, very identifiable emotion in each and every composition. Dan was a close friend, mentor and brother to each of us in Tucci. His spirit and influence lives on in our current playing and every once in a while we can hear the ‘Toler Magic.’ One of the hardest tasks I had to do was deliver Dan’s eulogy and maintain my composure. He is dearly missed but, has left us memories and a foundation we can build on for the rest of our lives.”

Steve Tucci talked about how Larry McCray became involved in the recording of the new CD. “After Dan’s passing, the band was in a vast void. Our friend and great bluesman Larry McCray offered to come down to Florida and collaborate with us on the Olivia CD. Larry’s influence, vocals and guitar playing was the prescription the band needed to heal and get on with our mission to create and perform good music. He truly was able to help fill the void and create the CD. Larry fit perfectly into the goal of Tucci being a band of friends and brothers seeking a good time through good music. I am most grateful to Larry for his assistance on this project. Larry has an open invitation to play with Tucci in any show.”

Produced by Steve Tucci and Bud Snyder, Olivia was recorded and at mixed at the Spirit Ranch Recording Studio in Sarasota. Steve “Doc” Tucci is the band’s main composer. His work on guitar and vocals is widely respected and merges rock and soul, vintage and modern, yin and yang; Shawn Murphy is the sax player and also possesses a soulful voice; Harry DeBusk and Mike Tucci, bass and percussion respectively, hold everything together with their funky, sometimes syncopated, but always musical groove.

The Sarasota-based Tucci band has been a mainstay of the Florida festival and club circuit over the years, developing a solid fan base. The Tucci and Toler-Tucci CDs can be downloaded or purchased at various stores or on-line through Amazon.com and iTunes.

Steve Tucci summed up the band’s direction thusly, “I believe a quote from Dan Toler is appropriate: ‘It is the duty of the dedicated musician to educate the listeners as to what high quality music is. This task should not be the role of the music business industry, which is more financially oriented as opposed to creatively oriented’.”