McGregor VS Mayweather from a non strictly boxing or MMA perspective 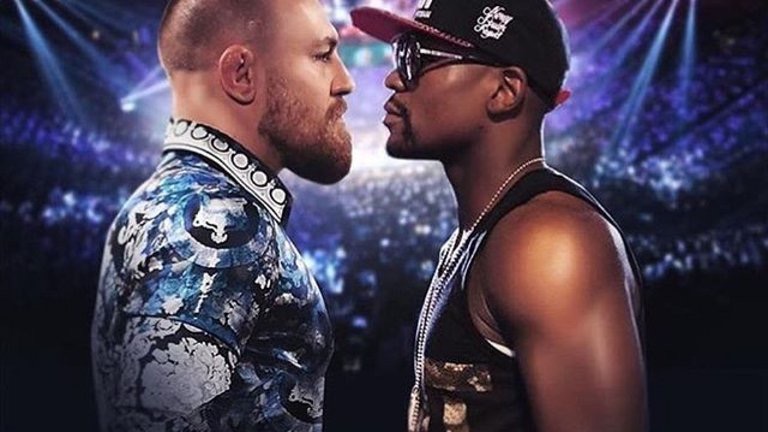 McGregor VS Mayweather: There are some very passionate people on social media with opinions on why Conor McGregor will win, or why Floyd Mayweather will win their upcoming fight on August 26th, 2017. Some people have valid points. Some people are Monday morning arm-chair Boxing or Mixed Martial Arts “experts,” that in reality, are quite comical at times.

In the end, no one knows what health or shape Floyd Mayweather will show up in. No one knows how fast, or how quick he will move and respond to, or read McGregor. No one knows just how fast and accurate Conor McGregor will be against the most moving target he will ever face. We all know he has the power to viciously knock Floyd out cold. But-will he be able to catch him flush?

Here is some helpful information:

Mayweather has not been in a professional fight in just about two years. September 12th, 2015 to be exact. He taunted Andre Berto and made him look like a rookie. It was the most boring fight I have ever watched. There was a guy with over $5,000.00 ringside seats-talking on his cell phone during the fight!

When McGregor was twelve years old, he began boxing at Crumlin Boxing Club under two-time Olympian Phil Sutcliffe. It was here where he laid the foundations to his striking ability, training with fighters such as Dean Byrne and Jamie Kavanagh, both of whom went on to train at Wild Card Gym under Freddie Roach. Kavanagh recalls McGregor as “a game kind of boxer. He was very game. He loved to fight. But he was also very strong – he could seriously bang.” McGregor would eventually become an All-Ireland champion at youth level, but his attention began to turn towards other martial arts when he was about sixteen. Despite this, and his family moving to West Dublin, McGregor continued boxing. He has regularly sparred at Celtic Warrior Gym, Blanchardstown, which has been home to boxers such as Gary O’Sullivan and Frank Buglioni. Head coach Packie Collins, brother of Steve, commented “he comes down here and he can hold his own with world champions.” He continued “I won’t name names but, the last time he was up here a very good boxer of ours couldn’t make head nor tail of what Conor was doing. He has what appears like a kind of chopping movement when he strikes and he doesn’t use a traditional stance, so this guy just couldn’t time him at all.”

It doesn’t take a rocket scientist to look up the fighters at Celtic Warrior Gym, and make an educated guess of who it was.

Mayweather usually makes people look stupid as he runs away from them (sometimes he actually runs), he darts, jukes, dips, and just generally makes people miss. He does have a legitimate problem with left handed fighters, and McGregor is left handed. Mayweather does have problems in the clinch, and McGregor is absolutely devastating in the clinch. Mayweather usually makes fighters literally chase him around the ring. McGregor usually reels fighters in, gets his distance set and then unloads left hands from hell.

We are expecting both fighters to be in good cardio shape, however here are some concerning points for cardio as well:

Mayweather is 40 years old. When you hit 40, things just are not the same anymore with the human body, it’s just a fact. He will not be as fast or quick as he once was. He may even get tired after 8 rounds of their 12 round fight. McGregor has not fought with 12 ounce or similar weight gloves in years and years. It wears people out who are not used to throwing hundreds of punches in a one hour period. Knowing McGregor, and his coach John Kavanagh, he is most likely training with at least 12 ounce gloves, for longer rounds than the fight will actually have (3 minutes each), and for more rounds than their upcoming 12 round fight. Not to mention his bike work and his own branded training techniques. Who shows up in better shape-could potentially be a deciding factor in their upcoming fight if it goes past the 8th round.

How big IS this fight?

This is the biggest fight of any type, in the world, since “The Rumble in the Jungle.”

The Rumble in the Jungle was a historic boxing event in Kinshasa, Zaire (now Democratic Republic of the Congo) held on October 30th, 1974 (at 4:00 am their local time). Held at the 20th of May Stadium (now the Stade Tata Raphaël), it pitted the undefeated world heavyweight champion George Foreman against challenger Muhammad Ali, a former heavyweight champion. The attendance at the fight was 60,000. Ali won by knockout, putting Foreman down just before the end of the eighth round. It has been called “the greatest sporting event of the 20th century”, and “the greatest fight in history”. To this day it remains the most viewed boxing match of all time.

This fight between Conor McGregor and Floyd Mayweather will most certainly be second in history, if not even dethroning it to become the greatest boxing match and sporting event in history–IF BOTH FIGHTERS SHOW UP 100% HEALTHY AND UNINJURED, and if they actually plan on fighting. With Mayweather, you never really know if he plans on fighting, running, or if the fix will be in so he can remain undefeated and get his coveted 50-0 record.There’s just way too much money involved in this fight to fully trust the actual fight until we see it.

For that reason we refuse to bet on this fight, we just can’t trust if they will actually fight or not.

However, if they do actually fight-our prediction is Conor McGregor will knock Floyd Mayweather out cold. It is impossible to think McGregor, at 28 years old, won’t be able to tag Mayweather one good time, which buckles and crushes MUCH larger and tougher men on a regular basis.

That’s my two cents. We’ll let the “experts” talk about the science of boxing, and how great of a defensive fighter Floyd Mayweather is. Those so called experts are CLUELESS to how fast Conor McGregor can close distance and crush someone, AND he will do it often from an angle his opponent can’t hurt him from. He’s fast as hell (as Mayweather may still be), he hits as hard as a truck, and he fights unlike anything any true boxer on earth has ever dealt with (outside his own training partners).

Conor wins by knockout in 8 rounds (we previously have openly said in under 4 rounds–that was before we knew that the rounds would be 3 minutes and not 5 minutes). Either way, 20 minutes after this fight starts, it will be over and McGregor will vie for his place in boxing history as “the new king of boxing.” McGregor will win the “battle of movement.”

We also predict McGregor will box once a year or more for a couple years, and knock off all the current great boxers. Yes, including GGG, Canelo, Manny and whoever else will be on their level. McGregor will beat them all, or at least in a rematch-and he will best any two out of three scenarios.

He will most likely retire at that point from boxing and Mixed Martial Arts. At least for a few years, then he’ll get itchy again to fight. In the meantime he will have boxers and MMA fighters fighting for his company/s.

If this article didn’t get a rise out of you, or get your blood boiling–try this:

P.S. Floyd Mayweather thinks he is the “A-Side” in this fight. He is 100% delusional. He will see just how large and vast the Conor McGregor army is, and they will make him nervous when he hears them chant and sing. Trust those words above any other words you read this year.