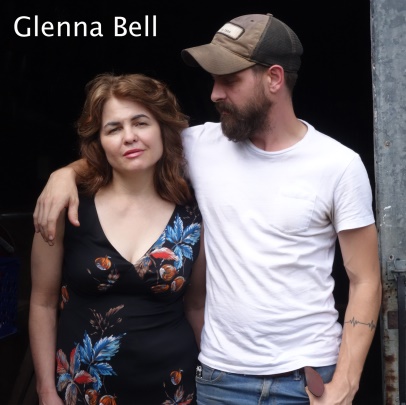 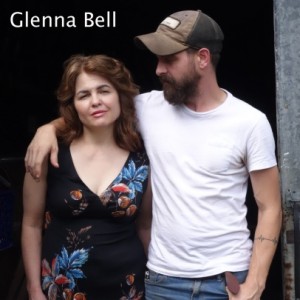 HOUSTON, TX – Singer-songwriter Glenna Bell announces an April 15 release date for her new CD, Lone Star: Songs and Stories Straight from the Heart of Texas, the provocative new album of songs from the native Texan. Produced by Mark Abernathy and  recorded at Sugar Hill Studios in Houston, The Finishing School in Austin and Sea Fog Studio in England, Lone Star offers an authentic array of songs ranging in mood and tempo from a cover of the chart-topping ballad, “Everybody’s Changing,” by the UK band Keane, which showcases its writer Tim Rice-Oxley on piano and harmonium, to Glenna’s all-original “Pig in Lipstick Blues,” featuring veteran Austin players Johnny Nicholas (Asleep at the Wheel) on boogie-woogie piano/guitar and George Reiff (Joe Walsh) and Rick Richards (Ray Wylie Hubbard) on bass and drums.

Themes run the gamut from story-songs of Glenna’s life in Texas (“Poor Girl (in Blue),” “Shiner Bock & ZZ Top” and “What It Was Was The Art Guys”); to upbeat old-school pop-rock love songs (“So in Love with You” and “Tonight’s the Night”); to the enigmatic and haunting “Christmas Is Coming,” a pre-release for the 2015 holiday as a follow up to “Be My Valentine (On Christmas),” which garnered 194,000 streams on Spotify after being selected for their special holiday playlist in 2014; plus a uniquely Texan and deeply sincere take on Don Henley’s “Heart of the Matter,” featuring George Reiff and Rick Richards on bass and drums and a soaring steel guitar part by Austin’s Mike Hardwick (Jerry Jeff Walker).  Lone Star also boasts a gorgeous cover for both vinyl and CD formats (distributed by Burnside Distribution) designed by French-Canadian artist, Natali Leduc, with captivating photography by Amy Morris shot on location at Glenna’s hundred year old wood frame house at the shadowy-sunshiny edge of downtown Houston.

“As life accelerates and the world becomes increasingly more complicated, I wanted to take a step back, slow down and spend time alone at home writing this collection of songs that are meant to be heard in private spaces and enjoyed from the perspective of a listener, much as a reader would consume a good book, rather than from the vantage point of someone who is out to drink and dance the night away to the backdrop of a band,” says Glenna about Lone Star.  “The theatrical element of Perfectly Legal: Songs of Sex, Love and Murder continues to be ever present in my writing and performance (and “Pig in Lipstick Blues” is even quite danceable!), but here the primary focus is on the sincerity and authenticity of lyric and vocal supported by real instruments played adeptly by human hands.  I hope that people everywhere will appreciate this introspective take on Texas, which reminds me of how I first learned to listen and to love music—singing along to records and radio amidst acres of East Texas thicket and the quiet, distant voices of the past.  I hope that you will take a step back with me now, slow down for a half hour or so, and take some time to listen alone because there is nothing else like it and there really is ‘no place like home’.”

Glenna Bell is a graduate of the prestigious University of Houston Creative Writing Program, where she studied with Pulitzer prize-winning playwright, Edward Albee, and she is an established country-blues-folk artist who has been honored by the State of Texas in a House Resolution recognizing her musical contribution to the state.  Lone Star is the fifth installment in a series of self-released albums that chronicle the experiences of a woman, a worker, a wanderer, a dreamer, a thinker, a seer, a stubborn free spirit who refuses to fail. Her last album, Perfectly Legal: Songs of Sex, Love and Murder, generated both extensive radio airplay and rave press reviews.

Glenna Bell regularly performs at a number of Houston venues, including La Carafe (Third Tuesdays @ Historic La Carafe in February, March, April and May) and The Nightingale Room in Downtown Houston (March 10). She’ll also be appearing during SXSW in Austin as part of “Big Kev’s Roots Rock Revolution Radio Showcase at the Opa! Wine and Coffee Bar.

For more information on Glenna Bell and Lone Star: Songs and Stories Straight from the Heart of Texas, please visit www.glennabell.com.